The Claiborne Regional Planning Commission spent over two years meticulously updating regulations that will assist those wanting to subdivide county land to do so according to state and local law.

Created in 1976, the county planners have updated the subdivision regulations just four times in order to stay current with statutes.

“These regulations are intended to insure that every new property that’s created has access to all the public services delivered by the county. Also, that each property, as it is transferred from person to person, doesn’t get landlocked or the owners prevented from having access to water, sewer, emergency services and general access to property,” said Hawk. “It also ensures that the property is large enough to sustain itself. In Claiborne County, there is a minimum size required so that it can sustain a septic system along with (determining) whether they have public water or wells.”

He says the goal of the planners is to ensure existing taxpayers are not left “holding the bag.”

The planners spent a significant chunk of the time reviewing specific areas that could cause future infrastructure concerns such as storm water runoff issues, streets and other public services, he said.

“They look at everything in terms of ‘is it a safe development? Will the person who buys into that development be able to live on a new home site without any real problems like failed septic systems or soil that can’t handle septic systems or flooding due to oversights in flood zone areas,” said Hawk.

Most of the updates deal with a general cleaning up of the language so that an average person can understand what he/she is reading. The planners took some time updating the verbiage dealing with variances, letters of credit for utilities and streets and plat approval issues so that these topics better reflect state and federal statutes.

There have been a couple of changes due to new laws in the state books.

“There’s a new rule that the postal service has to be consulted on a large development – over five lots. And, you have to have a centralized postal delivery station. That’s a federal rule.

“Another change benefits the developer, the road department and the utilities requiring a pre-development meeting so that they can sit down together (to hash out the particulars). Along the way, there will be additional meetings to make sure that all the infrastructure is done properly and each new homeowner doesn’t have problems with access to the infrastructure that goes into a new development,” said Hawk.

He was asked about the controversial issue of eminent domain.

“There’ve been several changes in the state law in the past 10 years that has limited eminent domain. That’s a legal process that only elected officials would be authorized to use. There’s a limited set of circumstances where that can happen.

“If the county or state was going to build a new road through the area and they cannot negotiate a purchase of property, they might be able to use eminent domain if they can prove that that infrastructure they want to build is critical to the public need. Like, ‘this is the only place we can put this. And, this is what happens if we don’t do it.’ Sometimes, that has to be proven in court,” said Hawk.

Issues between private property owners, where one is attempting to force a sale of some or all another’s land, come under a different set of rules, he said.

“Typically, it’s the developer’s responsibility to acquire property. If they can’t expend the funds necessary to develop the property – that’s just one of the checks and balances against poor development. There are studies that clearly indicate that residential development does not benefit the county in tax revenue. It would certainly increase tax revenue, but the dollars that are expended are greater in residential development than the dollars received in taxes.

“You get your biggest bang for your buck in retail development in our state tax system. Your commercial and industrial development is much more positive toward tax revenue,” said Hawk.

“And, a private person can’t use eminent domain for a project.

A public hearing is scheduled for Dec. 1, beginning at noon inside the Claiborne County Courthouse. The planners will meet immediately following the hearing to vote on the matter.

If approved, the updated subdivision regulations will be brought before the Claiborne Commission for adoption.

Copies of the proposed document are available by calling the county mayor’s office at 423-626-5236 or via email at: countymayor@claibornecountytn.gov. 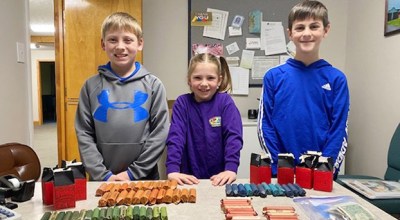