There was once a team of CYFC Super Grasscutters during the 2012 season that made it all the way to the championship game but lost a heart breaker.

That team is now the 2020 Claiborne Bulldogs. As fate would have it, the Bulldogs played a Tigers’ team then composed of some of the very same players from that 2012 season in the November 6 opening round playoff game.

However, things were different this time because Claiborne came in as the regional champions and the number one seed with a 9-1 record and the Tigers were 6-3.

Still, Coach Nathan Medlin had great respect for the Tigers, “Pigeon forge is really good football team, their defense is tough. Offensively coach meadows does a great job of running their offense and they have been getting better each week. I feel like Pigeon forge is one of the toughest teams we have played this year. They have some talented lineman and have special skill position players that make some big plays when they get their opportunity. They will be tough to move the ball on. I think we match up pretty well, and it will be a battle.”

Medlin added, “In order for us to get a win, we have to play extremely hard, giving tremendous effort all night. Everyone has to do their jobs, and make sure we are able to trust that everyone is going to do what they need too. I hope that our boys enjoy this game, it’s special when you make playoffs and even more so being able to host a first round game.”

The game got underway with a kickoff from Claiborne that quickly went the other way 80 yards for the first score of the game.

The Bulldogs were un-phased and drove the ball into pay dirt on a 14 yard Storm Livesay run. After Alex Bailey kicked the point after the game was tied at seven.

The visitors scored twice more after that leading after one period 21-7.

They increased their lead to 28-7 before the first half came to an end. The Bulldogs offense wasn’t having much success against the tough defensive front of the Tigers.

The first half ended with the Tigers enjoying a 28-7 lead. As always, the CHS Blue Battalion played their halftime show and rocked the house with their Beatles themed performance.

Claiborne found out they would be without the services of Jimmy Del Ervin during the second half because of concussion protocol.

Coming out of the locker room, Claiborne needed something positive to happen quickly. Livesay took it in from 10 yards out and Eli Stone was there for the two point conversion making the score 28-15.

However, from that moment on the scoring would all be done by the Tigers who simply ran away from the Dawgs to take home the win at 42-15.

Still, the Bulldogs can take pride that they accomplished something no other Bulldogs team has done with nine wins and a Regional Championship trophy in the trophy case.

For the seniors the loss was bitter sweet but Claiborne fans will never forget how hard those young men played throughout the year of the pandemic uncertainties. 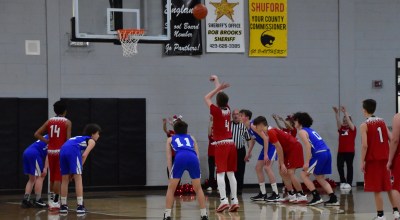 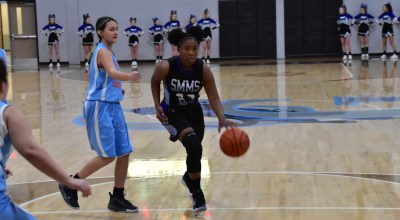 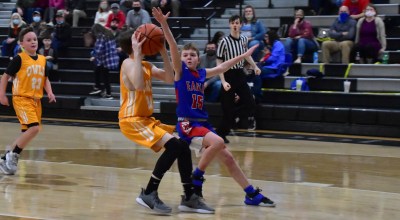 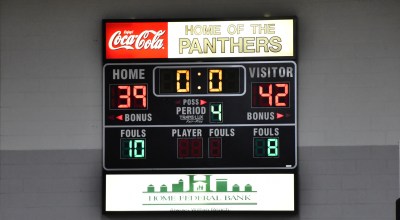 True stories of Black history in ‘The Ends We Seek’