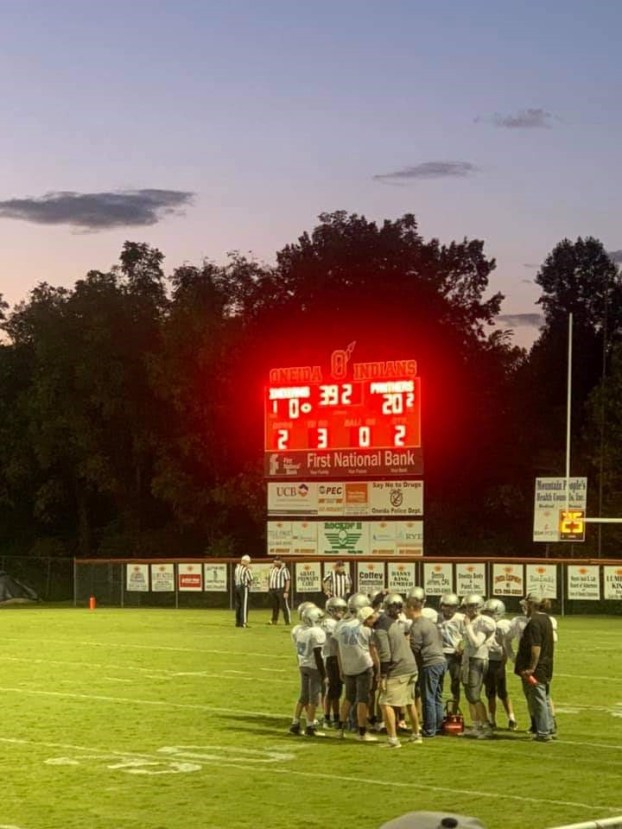 Typically, winning at Oneida is a difficult task to say the least but no one told the Panthers as they shocked the home crowd winning 20-6.

The Panthers took little time getting on the board and led 12-0 after one quarter. They added another touchdown plus a two point conversion to lead 20-6 at the half.

That’s all the scoring there was in the contest as the defense done the rest and allowed the Panthers to load the bus with a win and some huge smiles.

It was the first time in the new era of Panthers that any Cumberland Gap team, middle or high school, defeated the Indians.

With the win the Panthers are nearing the 500 mark on the season having a 3-4 record.

Head Coach Ben Owens had this to say about his team’s surprising win, “Gavin Owens scored on a 60 yard play and then Brayden painter scored late in the first quarter. Owens scored again halfway through the second and we went in at halftime leading 20-6. We played conservative during the second half to use the majority of the second half to finish the game out. They wanted to win that one and they played 110 percent for 32 minutes. I am so proud of them and that’s the first time Oneida has lost since 2001.”