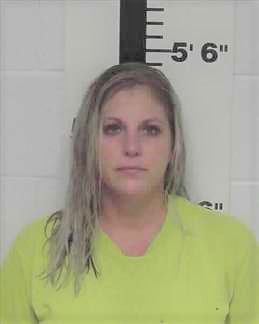 The Claiborne County Grand Jury has indicted a nurse on prescription fraud and forgery charges during its latest session.

Kristen Ann Powell, 40, was arrested on Oct. 1 and is currently lodged in the Claiborne County Jail on a $10,000 bond.

Powell allegedly used her position as a registered nurse at a New Tazewell medical facility to fraudulently obtain a controlled substance, according to the TBI.

Information obtained during the investigation allegedly reveals that Powell forged hydrocodone prescriptions, having them filled for her personal use. The incidents allegedly occurred during October and November of 2019.

The grand jury returned indictments on Powell charging her with four counts each of forgery, criminal simulation and obtaining prescriptions by fraud.