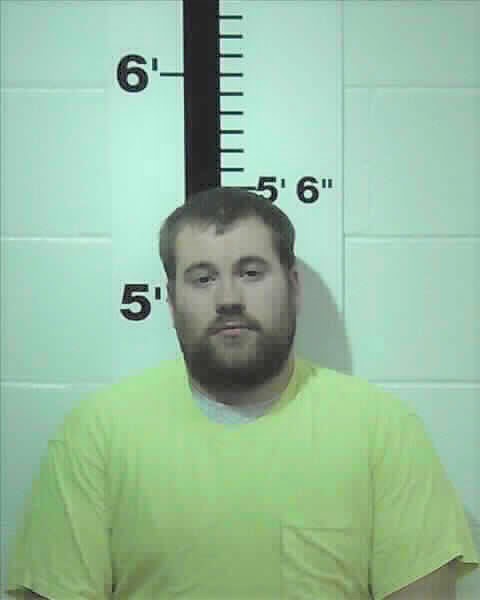 A Virginia man has been sentenced in U.S. District Court – east Tennessee Division, for attempting to coerce a Claiborne County minor into engaging in sexually explicit conduct to produce child pornography.

Gregory Lynn McKnight Jr., 28, of Clintwood, Virginia will serve 180 months in federal prison prior to 15 years supervision by the U.S. Probation Office. McKnight is also ordered to register as a sex offender in any state in which he lives, works or attends school.

Local law enforcement authorities were approached by the parents of the minor female with allegations that McKnight had contacted their daughter on social media, sending messages of a sexual nature. Apparently, the mother of the then-13 year old discovered the private messages her daughter and McKnight had been sending via Facebook.

The girl had already met once with McKnight in a Harrogate bowling alley, some 110 miles south of his Virginia home.

The mother began using her daughter’s Facebook account to message McKnight, who was unaware he was now messaging the mother and not the daughter.

A meeting was set up inside the Harrogate Park resulting in the successful capture of the suspect.

The undercover investigation revealed that McKnight did attempt to get the minor to send him sexually explicit depictions of her, asking the girl to meet with him for the purpose of sex.

McKnight, who had made the trip from his home to Claiborne County in January of 2018, has been in federal custody since March of that year.

In April, 2019, McKnight agreed to take a plea that would allow a bottom-of-the-range agreement carrying a 15 year federal prison term.

“This prosecution represents part of our efforts to work with law enforcement agencies to protect children from persons who try to groom children online for child pornography and other illicit purposes,” said J. Douglas Overbey, U.S. Attorney for the Eastern District of Tennessee.

Overbey encourages parents to be vigilant concerning the online activities of their children.

“These predators operate from the shadows of the internet, pretend to befriend young people, and then prey upon the minors’ vulnerability to induce them to send sexual images and videos, unbeknownst to their parents.”

The case was investigated by the Federal Bureau of Investigation, with assistance from the Claiborne County Sheriff’s Office.

This case was brought as part of Project Safe Childhood (PSC), a nationwide initiative to combat the growing epidemic of child sexual exploitation and abuse launched in May 2006 by the Department of Justice.

Led by U.S. Attorneys’ Offices and the Criminal Division’s Child Exploitation and Obscenity Section, PSC marshals federal, state and local resources to better locate, apprehend and prosecute individuals who exploit children via the Internet, as well as to identify and rescue victims.