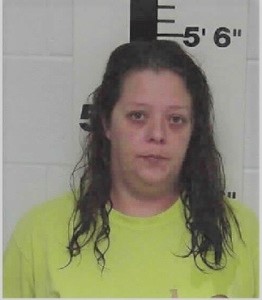 A Knoxville woman has been indicted by the Claiborne Grand Jury following a lengthy investigation by the TBI (Tennessee Bureau of Investigation) which began in March of 2018.

Lisa Odom, 42, was booked into the Claiborne County Jail on a $20,000 bond for allegedly falsifying timesheets and forging the initials of clients for whom she did not provide services while employed as a non-medical home caregiver.

A tip by Adult Protective Services to the TBI and the Tazewell Police Department started the process that netted information used to charge Odom with three counts each of identity theft and TennCare fraud.

According to a TBI news release, Odom had submitted falsified timesheets to TennCare on three Claiborne County clients between January and March of 2018. The release states that Odom had forged the clients’ initials on each of the fraudulent forms in an effort to be reimbursed for work she never performed.