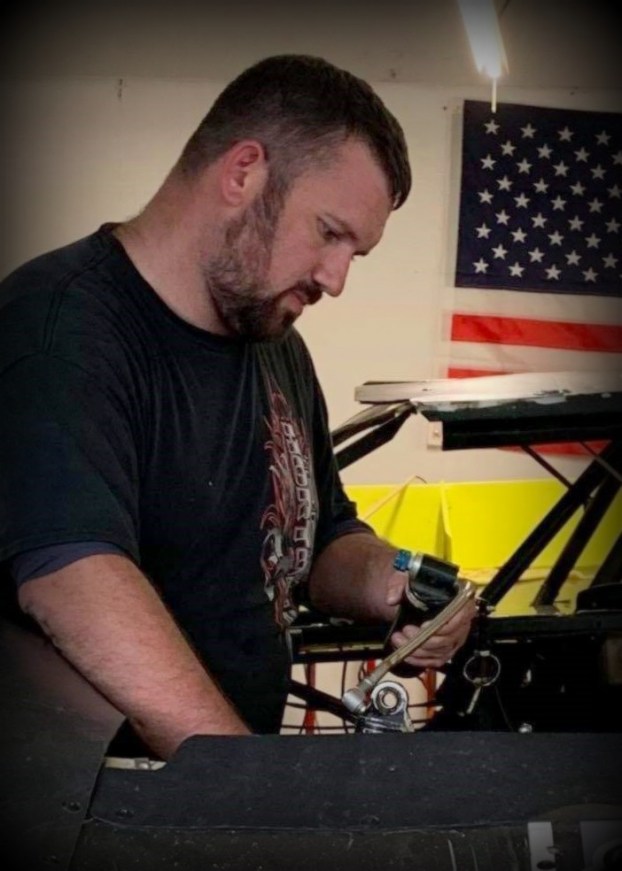 Jody Horton is the son of Carrie McAmis, Tony and Sissy Horton. He is married to Scarlett and has a daughter Ashlyn and son Jensen. Helping his well known father was what peaked his interest in racing and he was one of the kids that learned and dreamed of racing, “I was one of those kids that leaned against the fence saying wait until I get big enough to race.”

After putting in his time helping his father he finally got his shot driving a 1986 Chevrolet Monte Carlo they purchased from Bobby Bean.
His first race was in the fall of 2001 at Tazewell Speedway. He’s not sure of the exact date he broke through with the first win, “I’m not really sure when I got that first win (laughs) but the best I remember it was in 2003 at Tazewell.”

His favorite and best moment in racing includes finishing one-two with his dad in Modified Street and winning last year at Volunteer with both kids in victory lane for the first time.
He describes his worst moment this way, “In 2012 I was running for the championship in Steel heads and was second in points with only a few races left when I got caught up in a wreck and flipped seven times.

Luckily we got the car fixed back and ended up finishing the year off and held on to second place.”
His immediate goal is to win more races, “I won twice last year at Volunteer and hope we can get some at Tazewell this year.”

Ten years down the road he really isn’t sure what his goals will be but he would like to get his kids into karting in addition to his own racing but he knows with the expense of the hobby it might be difficult.

He has had great help from the first time he ever raced including his dad, brother Jordon, Richard Crosby, Bo Smith among others.

His current crew includes T.J. and Adam Tipton, his wife and daughter.
He took a minute to give thanks to a special helper, “I’d like to thank my wife. She’s always been behind me and supporting me and I can’t thank her enough.”

His list of sponsors include Greasy Rock Auto Shop, Discount Auto Parts, Sneedville Motor Company, Clinch River Market, Pressley’s Farms, and as all racers he’s always looking for more.
Horton spoke of how it feels racing with his father, “We’ve had our up and downs through the years but overall I wouldn’t have done it without him. We’ve made several memories at the track and shop that I wouldn’t swap for the world.”

Jody currently pilots a 2013 Warrior late model at area tracks and when asked what advice he would give young racers or to those first starting he said, “Go out and live your dreams. You only get one life here on Earth so enjoy it.

Spend time with your family. But remember to put God first in everything you do.”
Jody Horton has learned from the very best in the racing circle including his father Tony.