Valentine’s Day: Financial protection can be a great Valentine’s…

Being well into winter, perhaps you are a thermophile (one who likes heat) and don’t really want to read about cold. But stay with me on this one and perhaps you won’t be so down on our own winter weather.

First the basic question: what is cold? Webster’s dictionary defines it is as “a temperature that is uncomfortably low for humans” (no argument there). The nature of cold and heat was pondered by scientists for centuries. There were theories that heat was an invisible substance called “caloric fluid” that could flow warmth from place to place. By the late 19th century they finally figured out that heat is energy, or more precisely the motion of atoms in matter. The colder something is, the less the atoms move. So to a physicist there is no such thing as heat and cold, there is only heat…and less heat.

The coldest temperature on record for Virginia is -30, for Tennessee it’s -32, and Kentucky is the winner at -37 degrees. The coldest temperature recorded on Earth is -129 degrees at Vostok research station in Antarctica. Feeling warmer now? Our closest neighbor the Moon gets down to around -243 degrees on average. Pluto, the farthest planet (demoted to a “dwarf planet”) from the Sun registers in at -387 degrees. In deepest, darkest outer space it gets down to -455 degrees, very cold…oops, sorry, I mean very not hot.

It might warm you to know that there is a limit to how cold it can get. Absolute zero is the term used for the temperature at which there is no heat energy left (-459.67 degrees Fahrenheit), meaning no movement of atoms at all, everything stops dead. It may also be comforting to know that the science boys think it’s impossible to reach that temperature, but they are getting darn close in the laboratory. The coldest recorded temperature is not in the blackness of space, but Cambridge Massachusetts.

MIT Scientists have been able to create temperatures only a fraction of a degree off of absolute zero. The science is called ultracold physics, and they are finding out that things act pretty strange at really low temperatures. Some elements lose all electrical resistance and become what are called superconductors. Some liquefied gases become “super fluids”, capable of oozing through solid walls and crawling out of their containers as if gravity has no hold on them. Most fringe of all is how light acts at those temperatures.

Light as you know is the fastest know thing in the Universe at 186,171 miles per second in a vacuum. But it does slow down ever so slightly when it passes through glass or water. But when a laser beam passes through a chamber at temperatures near absolute zero, it’s like throwing a fast ball into a pillow. They’ve slowed the light down to a crawl, stopped it so they can study it, and then let it go again. Now that is weird science! Anyway, don’t feel too bad when temps dip down to single digits. In the cosmic view that’s actually pretty balmy. 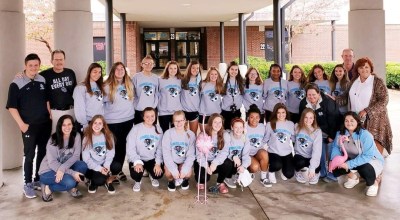 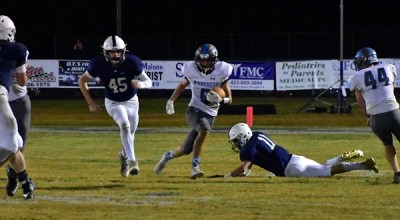