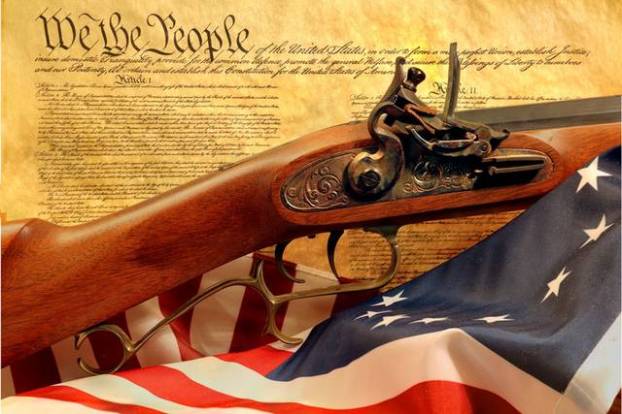 Shall not be infringed. We have all heard that statement for years and years, but it seems like throughout time we have allowed our Second Amendment rights to be infringed. A regulation here and another one there. It’s a fact that government regulations have indeed infringed on what our forefathers believed to be important enough to be the second amendment to our beloved Constitution.

The Second Amendment isn’t primarily only about our right to hunt, our right to protect ourselves and family, but it is intended to allow citizens of the United States to have a means of removing an off-the-rails government. It is said that when the Second Amendment was written that our founders didn’t just come back from a hunting trip; they just formed a nation by fighting off the British.

“The Second Amendment is about our right to protect ourselves from enemies both foreign and domestic,” said Claiborne County Mayor Joe Brooks.

The proposal was originated by fourth district commissioner Zachery Mullins.

Mullins said this when asked about the proposal, “I feel every turn we make it’s the government wanting to restrict everything, but our rights are our rights and when every elected official took their oath of office they swore to uphold the Constitution of the United States and that’s what this does. Our Second Amendment is under attack and this shows where we stand.”

The counter argument to this is that some say we need common sense gun laws. One such “common sense” law is red flag laws. Although well intended, the law will effectively allow firearm confiscation without due process which is against the Constitution and in certain situations the laws are already being abused. The Second Amendment sanctuary proposal will address this and help ensure a fair and due process.

There seems to be great public support for this proposal, and Dec. 16 will be the date that the Claiborne County Commission will have it for consideration on the monthly agenda. Voters are anxious to see how their commissioners will vote on this matter.